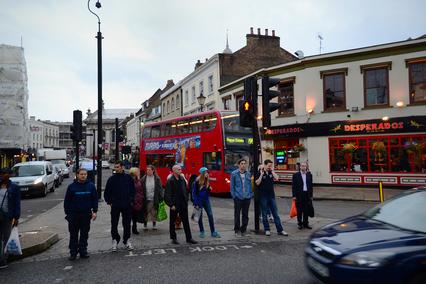 Moving toward a culture of justice, reconciliation, redemption, forgiveness, and beauty

A complete philosophy of leadership would encompass a book. Consider

the following only as a brief summation, using primarily a series of quotes

and ideas that have influenced me heavily in recent years.

I have heard said, "If you think you are a leader, turn around and look.

If no one is following, you aren't."   Perhaps the question most asked:

What motivates people to follow a specific leader?   Leadership research
leans heavily on this question and clearly shows that trust, honesty,

integrity, communication, etc., are huge factors.  How are they achieved?

We can all name dynamic leaders who worked toward good, others toward evil.

Some leave society better, others not. Most evil leaders have managed to coerce or force their followers into granting them actual authority, that is, authority recognized by virtue of a position: e.g., boss, government official, policeman, soldier.  This is called, natural authority. Most of the great leaders who have influenced society for good have demonstrated moral authority.  It is authority that people willingly give to the leader.   This kind of authority has tremendous transformational power and is one of the characteristics seen by leaders such as Mandela, Ghandi, Rev. Tutu, Rev. Martin Luther King, or George Washington.

What characteristics did they have that caused people to follow them?

TWO CORE PRINCIPLES
My motivation and philosophy is based on two core principles springing from the following scriptural admonition:

“Then God said, ‘Let us make man in our image, after our likeness. And let them have dominion over the fish of the sea and over the birds of the heavens and over the livestock and over all the earth and over every creeping thing that creeps on the earth.’”

Genesis 1:26, English Standard Version (ESV)
What this means is:

LOVE IS THE OVERARCHING LAW
The overarching law governing the two core principles is the law of love.

The law of love should guide a leader’s action, Simply stated, this may be defined as, action where the interests of others are as important as those of the leader.

MORAL RELATIONSHIP
The proper goal of leadership should be human flourishing and care for all of creation.

ABUSIVE AND OPPRESSIVE STRUCTURES ARE THE OPPOSITE OF LOVE
There is a constant battle between those who would move toward a culture of justice, reconciliation, beauty, wholeness, integration, etc., and those who would oppose it.

“To the degree people recognize and live in harmony with such basic principles as fairness, equity, justice, integrity, honesty, and trust, they move toward either survival and stability on the one hand or disintegration and destruction on the other.”

Individuals, groups, or organizations who prevent a move toward integration and wholeness on the part of an individual, group, or organization, may be considered oppressive or abusive.

LEADERSHIP ROLE
The role of a leader is to influence others in a direction that builds and affirms growth as responsible people, that leads to a proper pursuit of life, liberty, and the pursuit of happiness.  Influence should focus on achieving the aims or goals of the group or organization in a way that moves them toward integration, wholeness, and universal principles under the overarching rule of love.  If a leader influences their group to act in a way that impinges on the ability of any other individual or group to pursue their self-affirmation as a responsible people, the action is not in accordance to the law of love.  It becomes an abusive structure.  Thus, leadership is truly a moral relationship.

Moral leading then, can only be achieved to the extent that the leader is moral. Moral leaders and leadership have an integrity that is transformational.

A LEADER'S INNER SPACE
Outward actions reflect core values.  If the leader’s inner core in not aligned to universal principles, it will be impossible to sustain influence in a direction of harmony, truth, love, honesty, trust, justice, reconciliation, beauty, etc., for any length of time.  At some point, such leadership will become oppressive or abusive.  The leader’s inner and outer worlds must be in harmony. They must be congruent.

When the leader’s inner and outer worlds are congruent, and based on universal principles which influence others to press toward a higher morality, it becomes authentic, transforming in its power.

SPIRITUAL GRACE AND SERVANT-LEADERSHIP
Servant-Leadership, as a philosophy, sees the possibility of rolling all the above into a single leader whose primary goal is to build and promote

To achieve this level of leadership requires a profound never-ending commitment and discipline, perhaps spiritual grace.

Greenleaf, considered to be the father of the Servant-Leadership movement, says:
“The servant-leader is servant first…it begins with the natural feeling that one wants to serve, to serve first.  Then conscious choice brings one to aspire to lead. That person is sharply different from one who is leader first.”

LEADERSHIP POWER IN THE CONTEXT OF LOVE AND FORGIVENESS
Conflicts among individuals, groups, organizations, nations, are never-ending. It is the nature of relationships to have conflicts because of misunderstandings, differences in values, or in fact because some persons have evil intentions. A leader must learn to deal effectively with conflict. Moving in the direction of integration, reconciliation, restoration, and forgiveness, are most effective in transforming society.  In the face of atrocity and fierce evil, this takes an incredible force of character and transformational power.

Desmond Tutu, who was instrumental in the truth and reconciliation movement in South Africa, stated some key principles in his book,
No future without forgiveness. (Note, the following are direct quotes.)

Obviously, to pursue the path of forgiveness, reconciliation, and restoration requires a transformational leader, one who has aligned their core values to universal moral principles.

I think the following is a perfect summation of this type of leadership, one to which I aspire:

Ferch, Forgiveness and Power in the Age of Atrocity: Servant Leadership as a Way of Life

REFERENCES
The following are references for material used in this essay:

Ferch, S. R. (2012). Forgiveness and Power in the Age of Atrocity: Servant Leadership as a Way of Life. Lanham, MD: Lexington Books.